TMCrys aims helping the crystallization of transmembrane proteins by providing prediction of the probability of success at several structure determination steps based on the sequence of the protein. XGBoost Decision Trees were trained on data from PDBTM database that hosts structures of transmembrane proteins and from TargetTrack database that was established as part of the Protein Structure Initiative and incorporated hundred of thousands structural genomics experiments. The testing was performed on a hold-out test set.

You can find further information in the paper describing TMCrys method:

Training and test datasets for TMCrys were created using PDBTM and TargetTrack databases. Entries from PDBTM were categorized as positive examples for all three steps while entries from TargetTrack were sorted and categorized by the outcome of the experiments.

Datasets were redundancy removed with CD-HIT package, first by using CD-HIT-2D to remove entries from the negative dataset with at least 60% identity to any entry from the positive set. Then, every dataset was clustered using CD-HIT with 60% identity threshold as well.

The datasets can be downloaded from here.

Number of entries of the training and test datasets.

Training and testing the model

An XGBoost Decision Trees algorithm was trained using Bayesian Optimization. The classification thresholds were modified to balance sensitivity and specificity.

The model was validated using 10-fold cross-validation. The tests were performed on holdout test sets (described above), and for the whole process we used other available crystallization prediction methods listed under Curve 4. 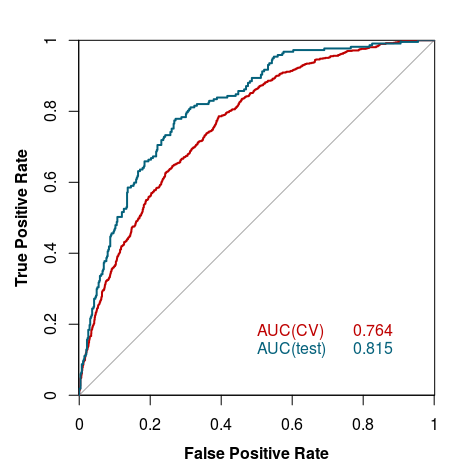 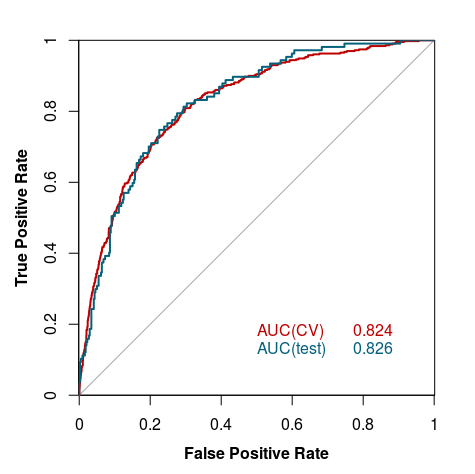 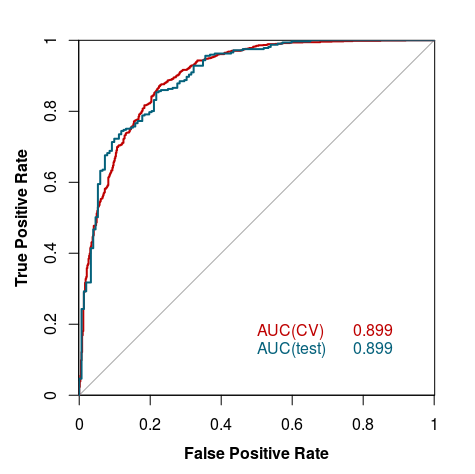 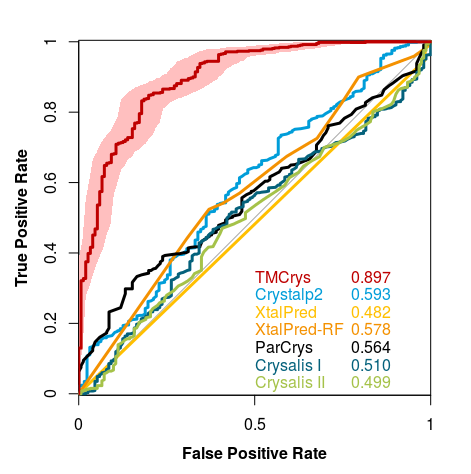 ROC curves of the different models (1-3) and the whole process (4).